“A stand out novel that ticks all the boxes – murder, mystery, treason, glorious villains, reluctant heroes and more than a touch of the supernatural.” —Discovering Diamonds

“The author is an excellent storyteller.” British Fantasy Society. “History meets magic, culture meets supernatural… I would recommend this story to anyone who enjoys historical fiction with a twist.” —Books Beyond the Story

“This is an exceptionally well-written book which takes one back to the China of 1400.” —That’s Books and Entertainment

“I enjoyed the different perspectives and the magical realism.” —Rosie Cawkwell

“This book was part murder mystery and part fantasy with some fabulous villains and heroes.” —Over the Rainbow

“This isn’t your typical coming of age story – it’s filled with tough choices, unexpected surprises, and a destiny that’s bigger than anyone can imagine.” —The Faerie Review

“This epic story has it all – adventure, mystery, villains, the supernatural, and at its heart a true coming of age journey.” —Books and Emma

“This is a book of historical fantasy, but in terms of the fantasy, it is subtle, and firmly rooted in cultural beliefs and superstitions within the time period covered in the book.” —Book Mad Jo

“This is not just a fantasy book, this is a fantasy with history, murder, mystery, legend, myth and of course the supernatural. There are villains and heroes and action and adventure.” —Bookmarks and Stages 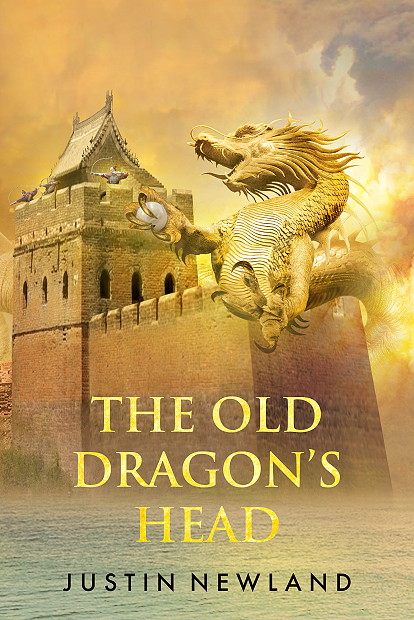 Constructed of stone and packed earth, the Great Wall of 10,000 li protects China’s northern borders from the threat of Mongol incursion. The wall is also home to a supernatural beast: the Old Dragon. The Old Dragon’s Head is the most easterly point of the wall, where it finally meets the sea.

In every era, a Dragon Master is born. Endowed with the powers of Heaven, only he can summon the Old Dragon so long as he possess the dragon pearl.

It’s the year 1400, and neither the Old Dragon, the dragon pearl, nor the Dragon Master, has been seen for twenty years. Bolin, a young man working on the Old Dragon’s Head, suffers visions of ghosts. Folk believe he has yin-yang eyes and other paranormal gifts.When Bolin’s fief lord, the Prince of Yan, rebels against his nephew, the Jianwen Emperor, a bitter war of succession ensues in which the Mongols hold the balance of power. While the victor might win the battle on earth, China’s Dragon Throne can only be earned with a Mandate from Heaven – and the support of the Old Dragon.

Bolin embarks on a journey of self-discovery, mirroring Old China’s endeavour to come of age. When Bolin accepts his destiny as the Dragon Master, Heaven sends a third coming of age – for humanity itself. But are any of them ready for what is rising in the east?

You can purchase The Old Dragon’s Head at the following Retailers: 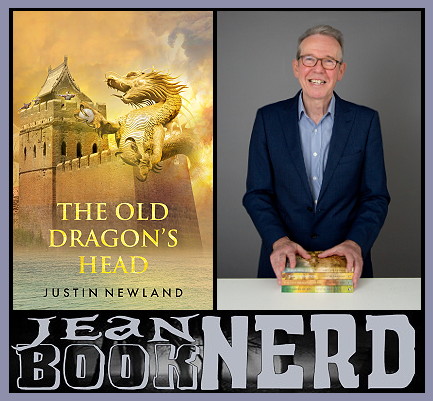 Justin Newland is an author of historical fantasy and secret history thrillers – that’s history with a supernatural twist. His stories feature known events and real people from history which are re-told and examined through the lens of the supernatural. He gives author talks and is a regular contributor to BBC Radio Bristol’s Thought for the Day. He lives with his partner in plain sight of the Mendip Hills in Somerset, England.

Ru was playing in their small garden while Luli sat at her writing desk. She moved her calligraphy brush over the paper. She was crafting ‘Zhongguo’, the two-character word for China. The Chinese character ‘zhong’ comprised four independent brush strokes. The character looked like an arrow hitting a target in the ‘middle’, from which it derived its core meaning. She added the descriptive character ‘guo’, meaning kingdom – hence Zhong-guo, Middle Kingdom.

Encapsulated in one word – Zhongguo – were the three ideas: that China was the kingdom in the middle of the earth, that it was a gateway between Heaven and the rest of the world, and that the Han people were a bridge between Heaven and the peoples of the world. Whenever any divine ch’i flowed from Heaven, it first appeared in the Zhongguo. Above all others, the gods favoured the Middle Kingdom and her Han people. Both were chosen to fulfil a special purpose on earth. And one day, one day soon, Luli would join that special purpose and help summon divine ch’i not only to the Zhongguo, but to the whole world.

That was a noble idea, but her attention was drawn by the jerky, uneven nature of her brush strokes. They lacked her usual subtlety and finesse. Something was wrong and it wasn’t her. She decided to check the day’s almanac. She rifled through the charts, her eyes following the deft movement of her index finger, along row and column, until she found the relevant entry.

It indicated that today was a good day to receive a visitor.

Would that be Dong, she wondered? The Abbot often sent her parcels of food and bundles of firewood, but rarely visited himself. Perhaps her neighbour Bolin? But he never came to see her, because when he did call, it was for Ru. Of late, Bolin had joined the conscripts working on the wall, so she hadn’t seen much of him.

So long as it wasn’t that vile Bao. The man was dangerous and always abusing his senior position. She’d heard about his dreadful antics at the White Mulberry Inn the other day. She wasn’t surprised. She was a widow and even if she admitted it herself, she was still pretty – not youthful pretty, but elegant pretty. Bao would often pester her for a kiss and a cuddle and sometimes more. She was having none of that! What a gross apology for a man.

Then it must be Feng. Twice, she had called on his house in the Yamen. The Lady Lan had asked her about some letters for him. He would be along to collect them sooner or later.

She pulled the lapels of her robe and rubbed her hands together. In a cup, she fingered a dozen bronze cash and a silver tael. Her finances were good. The Po Office business brought her a steady if unspectacular income. While it was over thirty years since the Hongwu Emperor had thrown the Mongols out, people were wary of the uneasy peace with them.