Sanctuary for a Surgeon by Jason Wrench

Book 3 in the Up on the Farm series 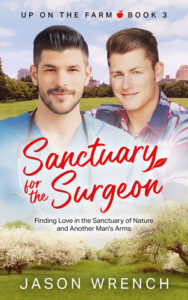 Finding love in the sanctuary of nature and another man’s arms. Darrin Betancourt is a trauma surgeon in his early thirties living in New York City. His world gets thrown upside down after his husband dies in a car accident. Can Darrin get his act together and learn to love again before his life spirals out of control? His friends convince him to attend an all-gay retreat outside Woodstock. Begrudgingly, Darrin agrees to spend a weekend in nature, out of the city. Jordan Floyd is a twenty-four-year-old farmhand who works for Devereux Farms Upstate just outside Woodstock. Jordan gets permission from his bosses to attend Camp Namast-Gay at the Woodstock Esoteric Sanctuary. Darrin and Jordan end up in adjacent cabins. Can the two men take their friendship to a whole new level before the weekend is over? Or will disaster strike, derailing both of their lives and their burgeoning love? Reader advisory: This book contains public sex and voyeurism. 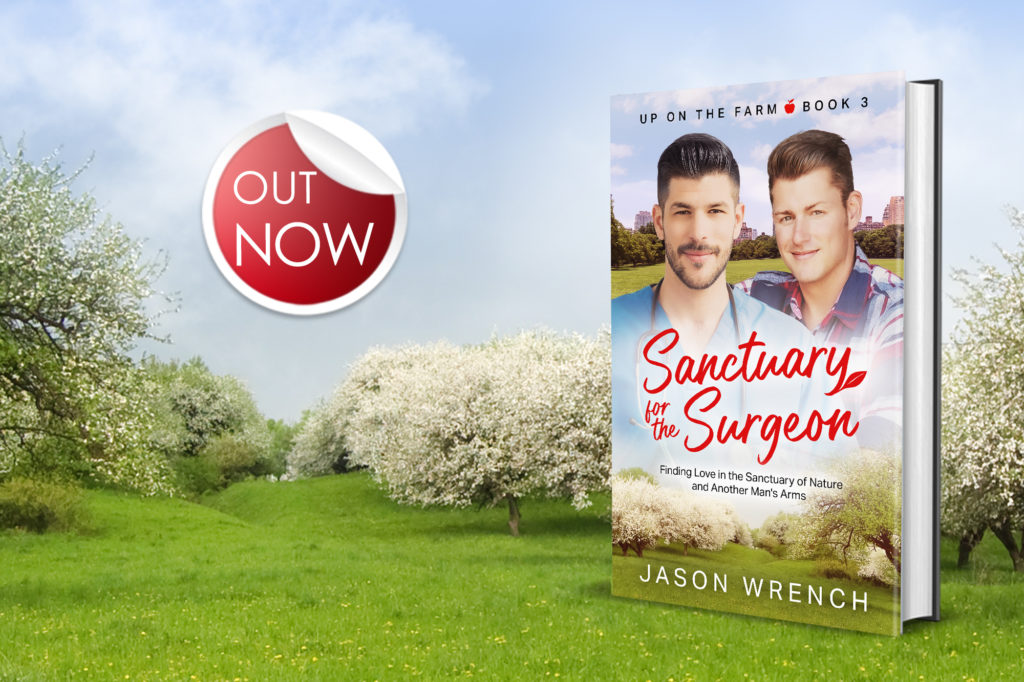