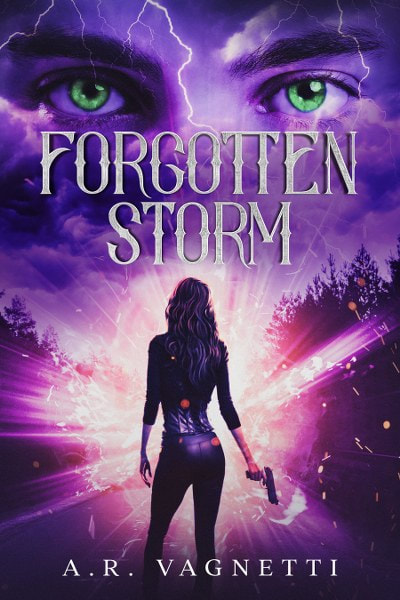 ***The Revised and Expanded Edition***

How many years did I drag my ass from one small town to another, singing and bartending to make ends meet? I’ve lost count. As a matter of fact, I lost every memory of my life before the age of seventeen. And that’s not even the weirdest part. At night, in my dreams, I’m guided by a drop-dead gorgeous, panty-wetting fantasy who makes my body sing and claims to be my Guardian.

When the stunning man miraculously shows up on my doorstep, I don’t know whether to jump his bones or shoot him in the head. But the second his lips touched mine; it triggered an explosion of suppressed memories I was better off not knowing. And the things that go bump in the night? Yeah, those are real, and apparently, I’m some prophesied bringer of peace to all the monsters.

Not sure what dickwad wrote that thing, but this girl can’t even get through her day without coffee. How the hell does Mr. Tall Dark And Handsome expect me to face off with my greatest fear and embrace my so-called destiny?

We are so screwed.

*** “Forgotten Storm” (Revised/Expanded Edition) is Book 1 of the Storm Series. ***
This is a carefully revised and expanded edition of the novel that was first published in September 2018.

Warning: Intended for mature audiences. Full-length novel. Can be read as a standalone, but for better continuity, it’s best to read the prequel, FORSAKEN STORM, first.
Signup for my newsletter and receive Forsaken Storm Free! http://www.arvagnetti.com 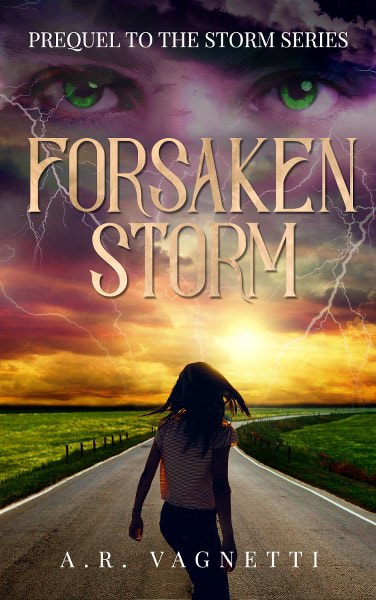 Her Escape Became The Fight Of Her Life.

Ride along with Nicole as she fights for her life in the prequel to the award-winning Storm series, A.R. Vagnetti’s steamy paranormal romance series.

***Get it FREE With newsletter signup HERE!***

*Only .99cents at other retailers* 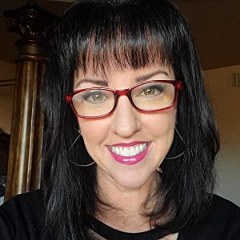 A.R. is an American writer who grew up in the scalding Tucson desert. She does her best writing while camping, traveling, and on the beautiful shores of Lake Huron, where she is now blessed to spend her summers away from the Arizona heat with her supportive husband and Labrador.

A.R. loves to transport readers into a fantastical world of paranormal romance where bold Alpha males will sacrifice anything for the strong, deeply scarred, kick-ass females they love.