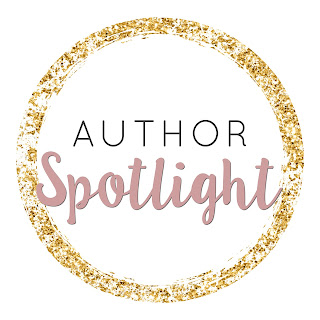 Almost two decades ago a horrific casualty befell Renevia when their young princess, the sole heiress of the kingdom disappeared into thin air, never to be heard of again. Then, one fateful day, tragedy strikes their peaceful shores as pirates invade their land. But as soon as the feet of a certain pirate touched the land, a wave of familiarity and terror washed over the kingdom.

With a sword attached to her belt and her ginger hair glowing under her hat, Captain Charlie stepped foot in Renevia. The feared pirate came to plunge and pile, like she had done countless times before but little did she know that this time her heart would be at stake, stolen and torn by the unlikeliest men and the most surprising individuals.

However, as Charlie and her crew overstay their unwelcome, a weird sense of recognition starts to tingle in certain members of the royal family. A question whispers in the wind despite the horrible acknowledgment of the unexplainable fact.

Could Captain Charlie, the ruthless yet beguiling pirate be the lost Princess Charlotte?

Packed with unforgettable characters, an exciting storyline, maps to guide your way, and a dictionary to help you dive into the world of pirates, The Pirate Princess is a great book to sail towards the horizon with as your sails fly in the wind. 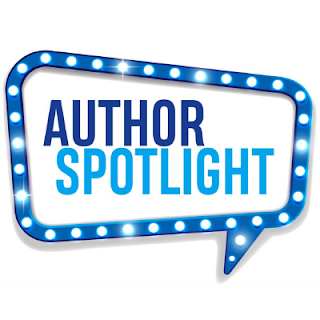 Owen Lipke is looking for adventure. When he hears about a ranch in the Muskokas catering to kinky men who don’t want to settle for backroom amateurs, he signs up in a second.

At the Braided Crop Ranch, Owen finds what he’s looking for: A sex-positive space with safety protocols and Doms (trainers) who know their business. And a stable full of well-behaved ponyboys to prove it.

Owen thinks his trainer, Kamal, is hot as hell but finds being a ponyboy isn’t as intuitive as he expected. As he struggles to learn the basics of equine pet play under the firm hand of his trainer, he finds himself falling for the experienced older man.

And perhaps Kamal is developing a thing for the young, adventurous newcomer. But there are rules about fraternizing with staff at the ranch. And Owen wonders if it’s wise to fall in love with the pragmatic trainer who unravels him layer by layer to expose his deepest needs and most secret proclivities.

But perhaps wisdom is overrated. And maybe the rewards of adventure are only achieved when you abandon caution and take a huge leap of faith.

As the men set out on their journey along the winter highways, each team is faced with its own obstacles and challenges both internally and externally.

Partnered with Agent Renley, Cochise is determined to figure out how the young agent knows of his distant past. While guiding his team and watching over their precious cargo, the Egyptian must battle his inner anxiety concerning Clint and Axel—and not being there to watch their backs.

With each passing minute, Clint regrets bringing Axel along. He finds himself attempting to protect Axel as much as the innocent ones they’re transporting. But Axel didn’t come along to be “coddled”. He understands Clint’s fears, but refuses to be a burden to the cowboy and insists on taking his rightful place at Clint’s side—rather than hiding behind him.

The men’s fears bubble to the surface as the enemy closes in. When one of the men comes face to face with his worst nightmare—will it take him out of the game… or strengthen his resolve to complete the mission?

A grumpy chef, a klutz, an ad for an assistant and a sister who has no boundaries. Are these the perfect ingredients for love? Confectionery chef, Garrett Weston returns to his hometown to lick his wounds after his marriage fails. His sister encourages him to open a confectionery store, but then throws a spanner in the works leaving him in need of a new assistant. Leeson Cole moves to Sweet Haven to escape past mistakes. He’s been saving every cent he has to fulfil a lifelong ambition of working in the confectionery business. The job at Sweet Haven’s store seems like a dream come true. All Leeson needs to do is hope his klutzy behavior doesn’t ruin things for him before he has a chance to prove he’s got what it takes. Easy. Sweet Haven is a steamy standalone, opposites attract MM romance, with a grumpy bear and a not so delicate flower who can create chaos out of nothing, finding their HEA.

It’s hard to get what you don’t ask for Noah’s world turned on its head when he discovered his new boss was the gorgeous Daddy Dom he saw at DASH. He knows he should talk to him, but how can he do that when he ends up hurting himself any time Deputy Daddy is near? As the chief deputy, Zander knows he needs to keep things professional with the newest deputy. That becomes harder each time Noah gets hurt. All he wants to do is swoop in and make things better. Maybe if he can find the mysterious guy with the intricate tattoo from DASH, he’ll be able to stop obsessing over the newest deputy. An accident has Zander’s personal and professional lives colliding as he discovers the man with the tattoo is none other than Noah. Now that he knows Noah’s secret, the overprotective Daddy isn’t going away until he’s sure Noah is okay. A little communication goes a long way, but after a misunderstanding and a lot of embarrassment, will the two ever be able to talk? If they can’t, one of them is going to need a new job. If they can, Daddy and boy might just discover that they are exactly what the other has been looking for..

No roads were meant to lead home.

Not for Baby Lozano, that is.

She runs a cartel and is the daughter of the President of the Soulless Ryders Motorcycle Club. It’s no wonder her life hasn’t been easy.

But it’s about to get even crazier.

Her husband Denny wants a divorce. She just wants him. People are keeping secrets from her. And a deal she made when she was just a teenager is about to come due.

Can she survive the FBI, DEA, drug rivals, betrayals, and even the local police and finally have her happily ever after?

Mikayla “The Duchess” is all about casual sex and hookups. She doesn’t have time for commitment or love. Besides, there will never be a man to love her as strongly as she needs. She races motorcycles, jumps in front of bullets, and throws a middle finger at conformity and convention. Adrenaline helps cover the pain of her past, but it’s never enough. The walls she builds are stronger than anyone knows, until one word stops her. Mum.

Single father Wesley left his life as a Navy Seal to raise his son after his baby momma split. Now he takes jobs that bring him home at night. His sole focus is raising Blake. But then the blonde bombshell walked into his life. She’s related to royalty and races through life like it’s a motocross speedway. Until she runs, and all he can think about is being her enough.

When a man bent on her title and land partners with Sir, Mikayla learns that adrenaline can hurt, even kill. Now the very company she worked for—and the man who has the power to settle her—must protect her.

When the throttle is twisted wide open, The Duchess and Ghost will learn what is enough for them both.