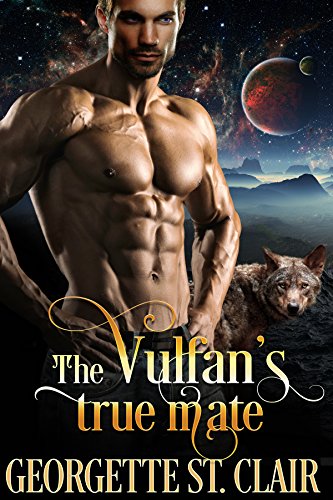 Talia Fisher likes to complain to her friends that her growly, sexy boss Lukan was a real beast – turns out, she had no idea how right she was. She finds out the truth one night when she storms into his office to confront him…and finds herself transported another planet. A planet full of sexy aliens who actually appreciate Talia’s curves, and are practically climbing over each other to claim her – but Lukan’s got other ideas.
Now that Talia’s here, he’s going to stake his claim on the full-figured beauty who’s been haunting his dreams. Unfortunately, that means that Talia must leave her friends and family behind forever – and there’s no way on God’s green earth, or any other planet, that Talia’s agreeing to that. And Talia’s new RBF (robot best friend) has glitches that may accidentally start a war between rival packs. Add in a brewing cyborg invasion and a jealous rival who will stop at nothing to win Lukan over, and Talia is facing a challenge that is out of this world.

If you have a love for shifter Alpha males then this is awesome book that you need to read. We meet the characters that going through a dating agency to help Shifter males find their mate from the human population. You will go through some steamy and sexy scene with the shifters that will keep you coming back from more. Talia has the major hots for her boss and what do you do when you find out that he is actual alien? What is Lukan to do when he cannot claim his mate cause of the danger? The suspense and steamy action this is a must read book.