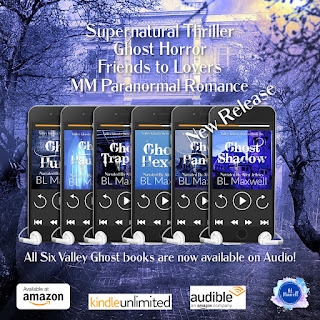 After waiting to explore Preston Castle, the team was finally ready to go. Jason begins his research on the many paranormal experiences recorded through the years, and instantly knows this is not a typical haunting. While watching video footage, he realizes there’s far more lingering around Preston Castle than just ghosts.

Wade’s ability to see and interact with spirits has become something he depends on, but Janis warns him against the shadow people they’ll encounter. He questions whether it’s safe for them to spend time at the old reform school, but if anyone knows how to handle a haunting, it’s Jason. Not this time. The shadows are alive, and intent on harming all who invade their space.

Running Scared Paranormal Research is on the job, but their normal protections may not be enough to save them from what awaits them at Preston Castle. #paranormalromance

Each book can be read as a standalone, but best enjoyed as a series.