I am thrilled to be hosting a spot on the A RESERVOIR MAN by L.J. Ambrosio Blog Tour hosted by Rockstar Book Tours. Check out my post and make sure to enter the giveaway! 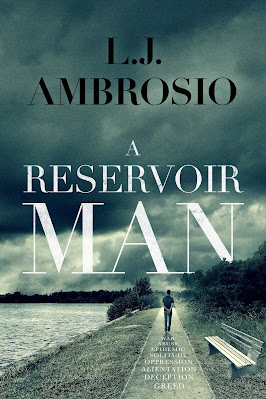 Born with a birth defect leaving a scar on his lip, Michael’s endless trials of survival include sexual assault, The Vietnam War, an arrest in Spain, Hollywood scandal, the AIDS outbreak, 9/11 and beyond.

If only Michael could find the one thing he values most, his freedom. Michael’s coming-of-age is tarnished by many but the courage to live his truth may just keep Michael one step ahead…or will he succumb to the embraces of a Reservoir Man?

A Reservoir Man, critics have hailed this explosive and timely work as

Twists and turns further pull the reader in to Michael’s action-packed tale, with powerful themes, from betrayal and family to secrets and identity.

“Be sure not to blink because you just might miss a pivotal moment in Michael’s rousing, larger-than-life story.” — R.C. Gibson, Indiestoday(dot)com.

“This book is a dream, a gamble, a utopia, even.” — Kalyan Panja, Bookmarkks. 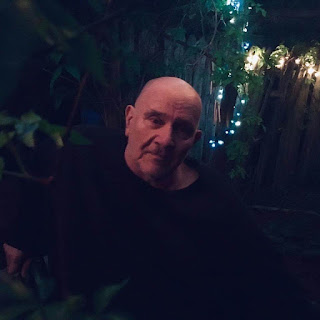 Louis J. Ambrosio ran one of the most nurturing bi-coastal talent agencies in Los Angeles and New York. He started his career as a theatrical producer, running two major regional theaters for eight seasons. Ambrosio taught at 7 Universities. Ambrosio also distinguished himself as an award-winning film producer and novelist over the course of his impressive career.

1 winner will receive a finished copy of A RESERVOIR MAN, US Only.

On New Year’s Day, the children went with Michael to brunch in Venice and walked on the boardwalk. For dinner, they ate at their favorite Chinese restaurant in West Hollywood. Arriving home, they noticed someone sitting on the porch. Michael quickly got out of the car and went over to the man. It was Joe, a young client of Michael’s.

Two years earlier, Michael brought Joe into the agency as a client; they had a very respectful relationship. Joe asked Michael if he had time to talk. Normally, Michael would have asked Joe if it could wait till the next day, but Michael saw the urgency in his tone. He told Joe to come in and to give him some time to put the children to bed.

Michael came back into the living room with a martini for himself and his guest. He finally broke down and had liquor in his house. Joe sat down and told Michael to listen before he commented. He told Michael that there was an action to take over the office, and his LA staff were aware of it, as well as the New York staff. Gail had also secured a replacement for Michael to run the LA office. The clients were not informed. She was waiting for the proper time after Michael left the office. Gail had secured all the bank statements and hired a lawyer.

Michael was shocked. “Who told you, Joe? Do you know a timetable for when she intends to do this?”

Joe said he was dating someone at the union who told him, and he was not aware of a time she was going to act on this. Joe seemed very pale; Michael became concerned about Joe’s health, asking him how his T-cell count was. Joe did not respond to much of anything.

“There is nothing you can do,” said Michael.

“Just be healthy. There are some experimental drugs. Stay away from AZT. That is AIDS by prescription.”

Joe finished his drink and got up to leave. Joe hugged Michael, and while he was holding on to Michael, he whispered in his ear, “I’m scared. What is going to happen?”

Michael replied, “You are going to live and have fun. Just be gay.” They both laughed. Before Joe left, he stopped in the doorway, turning to Michael.

“Why didn’t you?” said Michael, staring at the young man, who was in a world of anxiety and apprehension.

“I was afraid they tapped your phone,” said Joe, and he left.