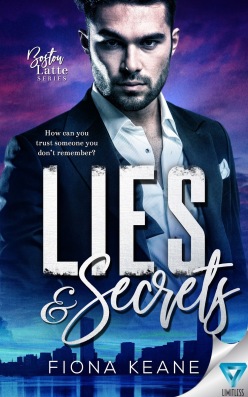 Blurb:
Bits and pieces. That’s all I remember.
Flashes and dreams plague my mind, yet I have no idea whether any of it is real. But the more I dream, the more I start to wonder if it’s all part of a puzzle…a puzzle which leads me straight to him.
The man in the suit.
I have no idea what he wants with me. All I know is that with each puzzle piece I manage to put in place, I feel more drawn to him. As if there’s a connection between us I can’t explain.
But there’s a prickle of warning in the back of my mind telling me this is all a dangerous
game filled with lies and deceit—a game which forces me to trust him…
…the man in the suit. 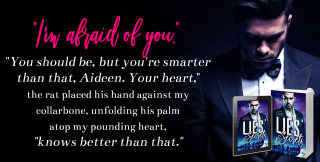 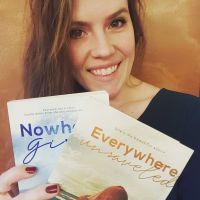 Fueled by coffee and rainy days, shelves of books consuming her home in the Pacific Northwest, and a vivid imagination, Fiona writes about love because she believes the world needs more of it. She could spend eternity lost in a story, taken into someone’s thoughts while she is left lingering there long after the pages have turned. Fiona works to meld themes in the current world and spin them into stories of longing, determination, and hope. Her characters are relatable and relevant, as they battle their own fictional version of existence.
Author Links:
Amazon: http://amzn.to/2EhcAXN
Bookbub: https://www.bookbub.com/authors/fiona-keane
Facebook: https://www.facebook.com/Fiona-Keane-286692098483551/
Instagram: https://www.instagram.com/fionakeane11/
Twitter: https://twitter.com/FionaKeane11
Goodreads: https://www.goodreads.com/author/show/8324028.Fiona_Keane
Buy Links:
Amazon: https://amzn.to/2ENlXuH 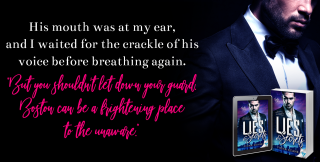 His hands were quick to drop from my face, wrapping around my waist before we both fell onto the floor between the couch and coffee table. His hands. My hands. Hair. Neck. Tongue. Skin. Dying. Alive. He was beneath me, held prisoner by my legs wrapped around his hips. Julian’s knuckles dug into my scalp while he pulled my face against his, filling my mouth with his dangerously invasive tongue. I didn’t know where to place my hands—I wanted to keep punching him, slapping his gloating grin from that handsome face, but I was mush. I was destroyed, renewed, desperate, and wanting. One hand held my head against his while the other roamed along my side, tickling with his touch before his palm spread along my hip, restraining me as I restrained him.
“Aideen.” His voice was my undoing; his threat, a promise. I can’t do this. Yet I did it. I kissed Julian Molloy, punishing myself for my guilt, sadness, and confusion. It was incredible. I allowed him to provide that for me, while he gave the intoxicating, destructive feeling within me for which my heart screamed. Wanting. His word. His plan.
Julian’s lips attacked my neck with their delicately violent suction and kisses. How did wanting to kill him, needing to punch and completely eviscerate this man, turn into this? How did we end up on his floor spinning in a cloud of lust? His arms snaked around my back, pulling my stomach tightly against his. With one swift turn, while his lips pressed securely against mine, I was beneath Julian. 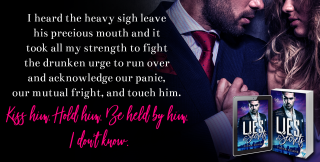