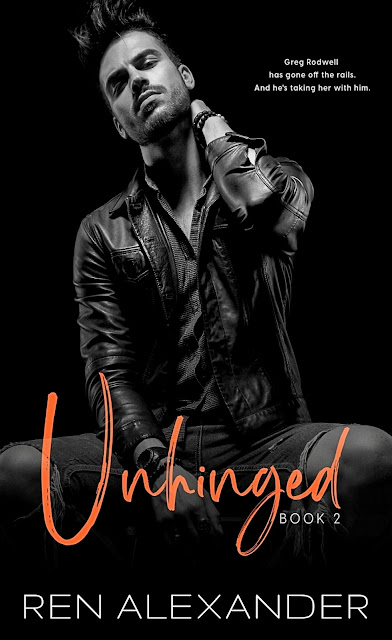 Love and hate collide when Greg Rodwell spills his secrets to two women, torching all three worlds.
Yeah, I did it. In pouring out my heart to my married best friend, fate handed me an opening along with my unzipped fly, and I flung it against a wall before setting it on fire. What I did… I should regret it, but the only lesson I learned was I should’ve done it sooner. That reality hurts like a… Still, I know this will haunt Hadley and me forever.
On the other hand, living with Simone’s betrayal—mocking me and setting me up just like they did to me over a decade ago—I’m a live wire of animosity. My darkness was never supposed to see the light of day, but she gift-wrapped it for the world to tear open. She trashed our friendship. I hope that fact haunts her forever too.
Ditching Richmond, that life-changing night, and both chicks, I try to restart or take a breather—something my sister never had before she died. Unfortunately, and uninvited, I’m not the only passenger on this displeasure cruise. My recent screw-up is a roadblock in every way imaginable until I discover her weakness: guilt. I grab on to that sucker because to ease her conscience, she wants to make it right with me. Which she will. To rebuild my life, I need a tour guide to show me the ropes, in a bedroom and a woman. While I lack the experience, she’s skilled in that department. And before I cut her loose, she’ll make me one too. She owes me. Restraint be damned.
Unhinged is Book 2 of a new series, but you’ll achieve maximum shock and awe if the Wild Sparks Series and The Keys to Jericho are read first. 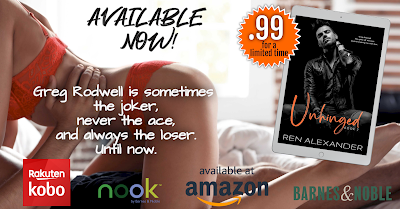 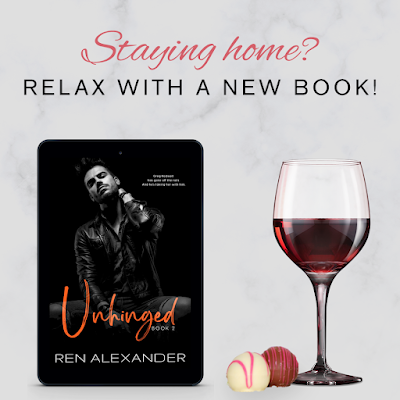 EXCERPT
When he tilts his head more, the light shows the feral look on Greg Rodwell’s face, and I fall victim to my taunting.
I bite my lip, so I don’t moan, watching his chest rise and fall faster. Refusing to let him deny or lie his way out of this, I continue. “Then, you went to your room.”
Pushing off the wall, I stand closer to him, and my heart pounds. Chrome fills me, and it nearly knocks me on my ass, and I want to beg him to fuck me here. But nope. My pussy won’t be so easy to score. With my body trembling, my voice comes out as a hoarse whisper. “I heard you beating off.”
His whisper is just as gruff. “You heard nothing.”
Greg will never know that I wanted to have sex with him for more than a mere fuck. For the first time, I wanted the passion and to have an orgasm because of him, not despite him. I needed Greg to feel it all. I wanted him to fall in love with me. Has Greg ever been in love? Maybe he will be with his new girlfriend.
That ratchet bitch.
“Really? I heard your desperate moans and fast pumping.” I feel his heat, anger, denial, and arousal with my lips closer to his. I won’t touch him. I won’t take advantage of his vulnerability. “Were you imagining coming over my naked tits and watching it drip between them?”
His lips part for two seconds before he coolly whispers, “No.”
“I knocked on your door. You were rattling it with your jerking. I wanted to help you with it. If you had let me in, I would’ve sucked your dick against the door.” His fast breaths falter, but he doesn’t argue. So I keep going. “My hot tongue stroking you, slow and then fast, taking you to the brink and then away. I know you’re hard right now.”
His voice is low. “No.”
“You would’ve fucked my mouth with your thick cock along my tongue. With your hand in my hair, you would’ve jerked me back and forth, so my tongue slid over the tip as you lost your breath. You want to feel it so damn much now, don’t you?” He doesn’t answer this time. His gaze shifts to the wall, and I glance at his crotch. In the white glow of the exit sign, I watch his hand cupping his imprisoned hard-on through his jeans.
I smile but not to mock him since I’m treading on thin ice. “While on my knees, I would’ve brought you to desperate oblivion before you threw your orgasm down my throat or onto my tits.”
Greg swallows noisily between us, and his arm moves. I then hear the button pop and the whir of his zipper. Damn, I didn’t think I’d get this far. Maybe if I can’t get a regular job, I can do nights as a phone sex operator.
But it’s also backfiring on me because I soaked my underwear. Shifting, I see his hand sliding back and forth over his bare cock, and it freezes me for a few seconds. My pussy aches, still mourning Greg Rodwell’s dick, and now it’s next to me again. Without thinking it through much, but needing to prove a point and get out of here before I come in front of him, my hand goes to my open shirt, and I pull it down, exposing my cleavage and bra. I breathlessly tease, “Are these what you thought of in your room?”
With the music, I hear him groan as he stares at my chest, and I watch him jerking. Oh, God. I won’t make it to the bathroom—desperate times—to relieve my tension.
But I won’t be easy. No. I can’t trust Greg not to hurt me since he has nothing to lose. He’s made that clear. Greg can’t just guilt me into sex. I won’t be that girl.
Steeling Wilder nerve I wasn’t born with, I straighten and drop my hand, though my cheap shirt droops, leaving my boobs on display. I say, “And that’s the art of seduction, Rod.”
Greg stops stroking, his face a mix of confusion, embarrassment, rage, and lust. It’s a unique combination that’s powerful and hard to look away from as it feeds my throbbing pussy. However, when I smirk before leaving to jill off in the bathroom. Greg grabs my shoulder, hooks my shirt, which catches me off guard, and I slouch. The next thing I see is his hand jerking his hard cock with stuttered panting as he spurts a flood of hot cum over my tits.
His deep groans punctuate each spasm as I squeal, jumping away from him, shocked and on the verge of my own orgasm.
“And that’s how you fulfill a wet dream,” Greg sneers with a glare, but his gaze falls to my chest as he catches his breath, still holding his dribbling cock. 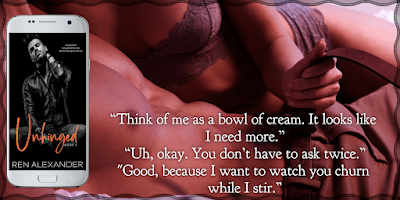 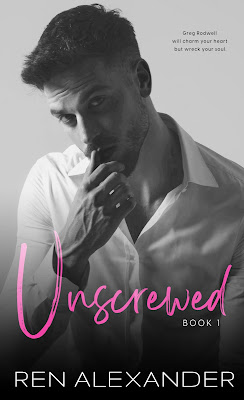 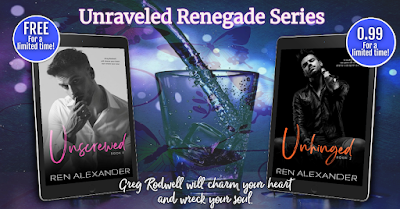 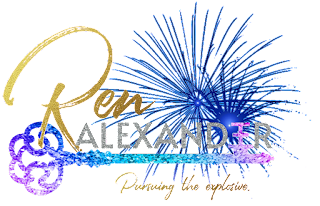 Ren Alexander writes steamy contemporary romance, including the Wild Sparks Series, and contributes to K. Bromberg’s Everyday Heroes Series from her desk in Motown—Detroit, Michigan. Yes, part of her state is shaped like a mitten, 8 Mile Road really exists, and Eminem is her neighbor and carpool buddy. Unfortunately, she and Slim Shady don’t ride in the same car. She’s still working on that part.
Writing her romance novels with a big dose of reality, the good and bad, Ren embraces the gritty and raw with a side of funny and crazy. No matter what, there is always an explosion. You never know what you’ll get in her mixed bag. That’s personal, anyway.
Ren lives in Detroit, Michigan, with her husband, two daughters, and two cats. 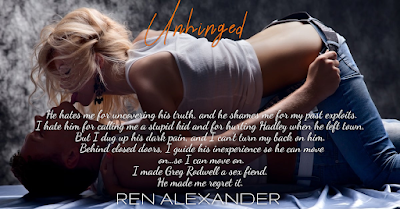