Title: Beyond Any Experience

Olivia Northman’s world shattered the day she lost her wife to a drunk driver. Three years later, she still struggles with grief and the demands of being a single parent to their autistic son, Ben. After her first attempt at a new relationship crumbles, Olivia retreats to the simple, the predictable. It’s what’s best for her son and her heart. Ellie Vasquez isn’t simple or predictable. In fact, she’s charmingly impulsive, as well as gregarious, confident, and attracted to Olivia, which she reveals in an unguarded moment. Olivia doesn’t know what’s more surprising—Ellie’s interest, or her own—but a quiet conversation over drinks soon spins into something more. As Olivia’s caution gives way to hope, she sees another chance at love, both for her, and for Ben, who takes to Ellie with a tender openness. Ellie is fearless about love in a way that makes Olivia want to be brave, but the deeper their passion, the closer she gets to drowning—in grief, in fear, in guilt. To have a future with Ellie, Olivia must come to terms with her past. If she can’t, she risks losing the second love of her life. Anne E. Terpstra’s Beyond Any Experience is an intimate, emotional debut that explores grief, parenting, neurodiversity, and the vulnerability of love after loss. 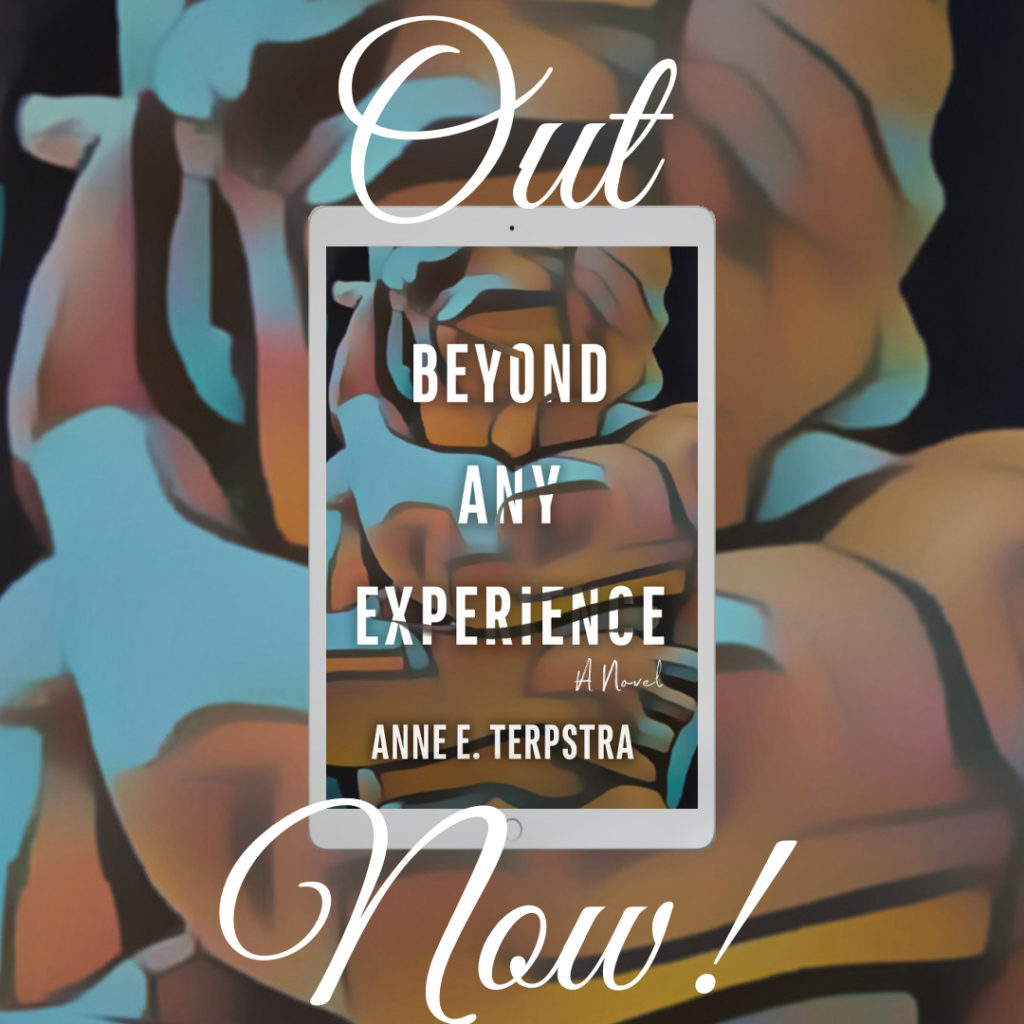 Anne E. Terpstra (she/her) writes heartfelt, sex-positive fiction that is grounded in realism and centers LGBTQ+ characters. Her debut novel, Beyond Any Experience, will be published in 2022. Anne graduated from the University of Missouri-Columbia and has degrees in journalism and technical theater. She has worked as a copy editor/proofreader, and she is a member of the Chicago Writers Association. In addition to being an author, Anne is a potter and photographer. In all of her pursuits, she enjoys exploring the unexpected angle or unappreciated detail. Anne and her wife live in Chicago with their son. When she isn’t writing, throwing pots, or taking photos, she procrastinates by baking and gardening.