Legendary counter-terrorism agent Natalie Chevalier is finally retiring. The first nonbinary Regional Security Chief in DSS history, Nat’s last post lands her on the gorgeous sapphire isle of Sri Lanka. All she wants is a few peaceful months before she retires, and an anonymous hookup with a gorgeous, bisexual surfer is the perfect start. Until Nat learns that he is her final assignment. Alessandro Benitez travels the world buying gems, surfing, and raising his teenage brother Max. His is a charmed, luxurious life made possible by his position laundering money for Red Sky, the biggest crime syndicate in Southeast Asia. When Alex meets Nat, their scorching encounter leaves him questioning not only his precarious career choice, but also whether his life has been as charmed as he’d thought. Tasked to spy on him and persuade him to defect by any means necessary, Nat struggles to follow orders as her relationship with Alex heats up, blurring the line between professional and personal. She can’t deny how much she wants to be with him, but helping him means treason and erasing her ceiling-shattering career. While Red Sky destroys itself from within, Alex becomes trapped in a nightmare as everyone he knows either defects or turns up dead. His loyalty to the elusive boss of Red Sky is absolute, but he’s desperate to escape before he or his brother gets caught in the crossfire. As his world crumbles around him, Alex realizes Nat is the only person he can trust. While Nat’s feelings for Alex grow more complicated, the CIA’s desperate methods to bring down Red Sky call into question everything she once thought she stood for. Now she must expose her dirty boss and get Alex safely out of Red Sky before her reputation and her heart suffer the consequences. 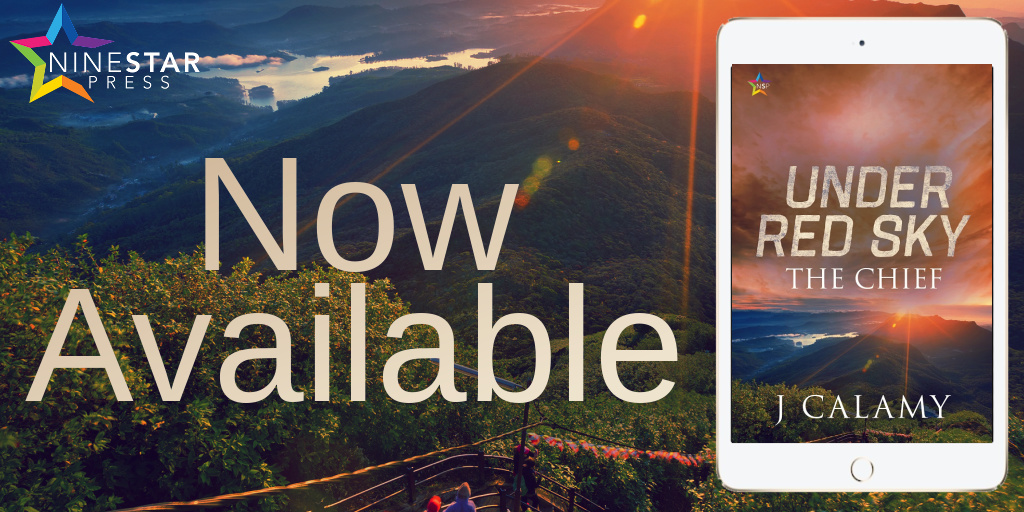 J Calamy is a disabled vet and foreign service wonk who spends a good part of the year bouncing down dirt roads in the back of Range Rovers with men with guns. Coffee, romance novels, and embassy scuttlebutt are her last remaining vices.